​The Dean Collins Shim Sham is a solo jazz dance routine (and line dance) that begins with the familiar patterns of the original Shim Sham (a standard footwork from the tap dance world), but then diverges into material that captures the innovative styles developed by Dean Collins himself. This routine was originally created as a three-man performance that included Jack Arkin and Johnny Mattox. Although it was never taught by Dean (to anyone other than his circle of performers), by the late 1980s, it became one of the must know routines if you were at the top of your game in the field of Lindy Hop.

Born Sol Ruddosky; May 29, 1917, Dean Collins was an American dancer and choreographer, credited with bringing the Lindy Hop from New York to southern California. He is also undeniably linked to the history of “West Coast Swing”. In his heyday, Dean Collins appeared in over 30 Hollywood films showcasing his innovative style of Lindy Hop. His dance partner of 11 years, Jewels McGowen, also recognized as one of the great Lindy Hoppers of all time, appeared with Dean in Buck Privates (1941) and Ride ‘Em Cowboy (1942) and can be seen demonstrating patterns from this Shim Sham in a film called The Hep and Happy by Glen Grey Orchestra. 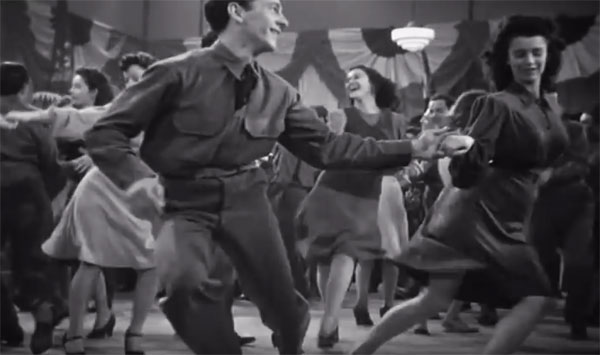 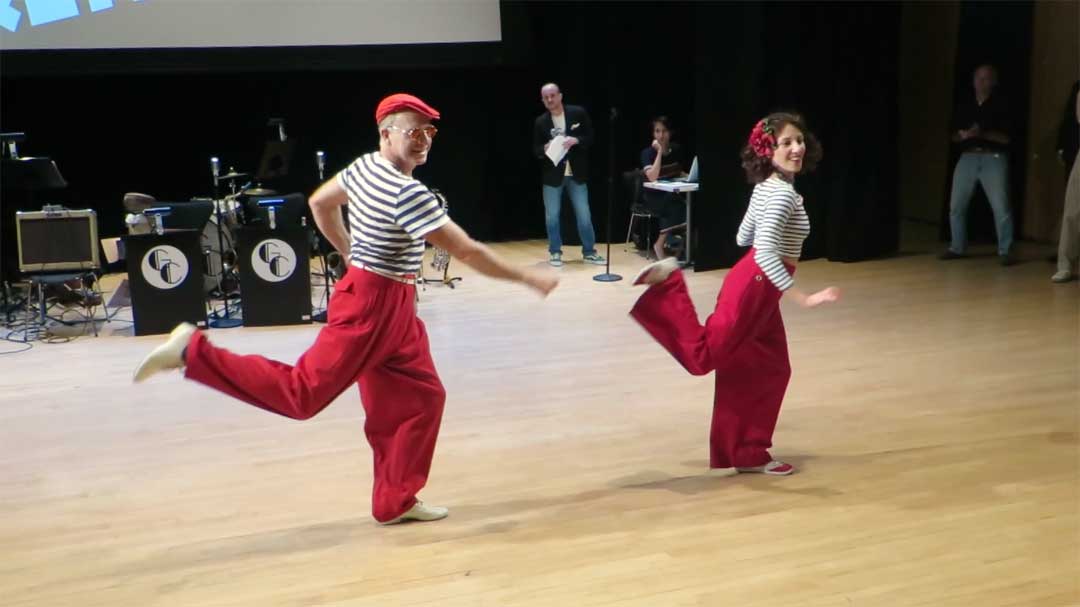 During the Spring of 2020 Paolo of PaoloSwings.com began developing Lindyland.com as a comprehensive visual resource for all the great Swing Line Dances, Jazz Sequences and Partner Dances of the world. Phase One is compiling the top 20 Swing Line Dances by end of summer 2020. “The Dean Collins Shim Sham” was added to this collection in June of 2020. In this episode, the line dance is demonstrated in full and includes a break down of steps from this Lindy Hop specialist. “I’m a huge fan of Dean Collins and learned this sequence over 20 years ago. But, I continue to refine the details in the hopes of capturing the essence of this ground breaking and innovative Lindy hopper..”
Paolo Pasta Lanna